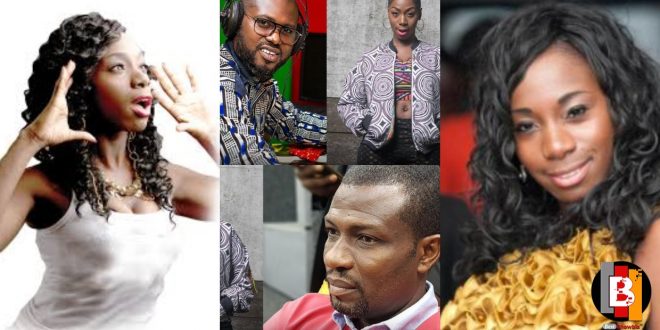 Raquel’s career was dead and destroyed by Peace FM, Abeiku Santana and others – Manager Claims (Video)

The manager of Ghanaian singer Raquel, Mr. Creppy has disclosed in a recent interview that his artiste ‘s dead music career was planned and destroyed by some people in the industry.

according to Mr. Creppy in an interview as monitored by Bestshowbiz.com, the likes of Peace FM, Abeiku Santana, and Mark Okraku Mantey were all contributed to the downfall of Raquel since they planned to end her music career.

according to the manager, the wardrobe malfunction that happened to Raquel could have happened to anybody they made it an agenda to use that against her till they couldn’t handle things anymore which led to the end of her career.

watch a video of his interview below;