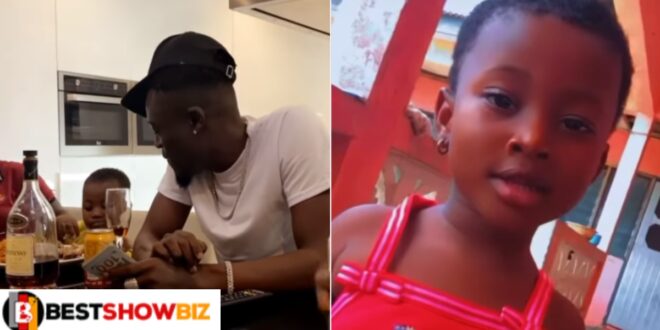 Rapper Okese1 gives a young girl $1,000 for singing one of his songs.

Okese1 has flexed his financial muscles, most likely to send a subtle message to other GH artists who claim to be wealthier than him.

The rapper shared a video clip of a little girl singing and dancing to his song ‘Ye Wo Lyy,’ though she was not fluent as she could barely bring out the lyrics.

That was enough to impress Okese1, who posted the video on his Instagram page and begged his fans to help him find the girl so he could dash her $1,000.

Hours later, Okese1 reunited with the girl and her mother when they were spotted eating at his opulent home in a new video.

He then counted the money and handed it over to the girl’s mother in foreign currency.