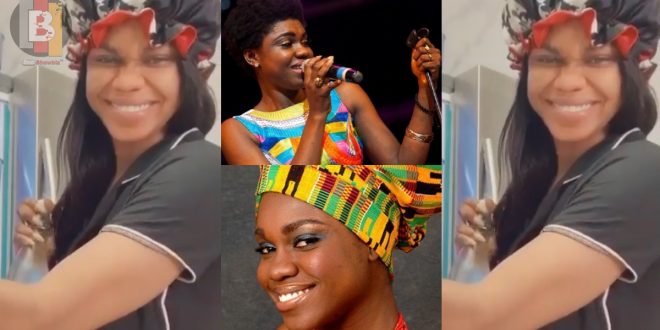 Ghanaian singer Becca has gotten herself into trouble after passing comments on the late George Floyd.

as reported earlier, George Floyd who is a Blackman was murdered by a white Minneapolis Police when he knelt on his neck in broad daylight when they were interrogating him.

after his death, almost black people in America and across the world rose up to fight for the justice for George Floyd.

well, Becca in a comment to that said Africans should fight first tribalism before we talk about racism because they are both identical.

the ‘African Woman’ hitmaker compared racism to tribalism because these same Africans insulted her when she married her Nigerian husband.

You are here in Africa fighting and advocating racism in the US but in your church/home, you are criticizing and judging someone for marrying a fellow African because they are not from your hometown/country/church… Damn Hypocrites!!!

well, Social media users have roasted her as they won’t buy her ignorant statement.

read comments from the screenshots below;