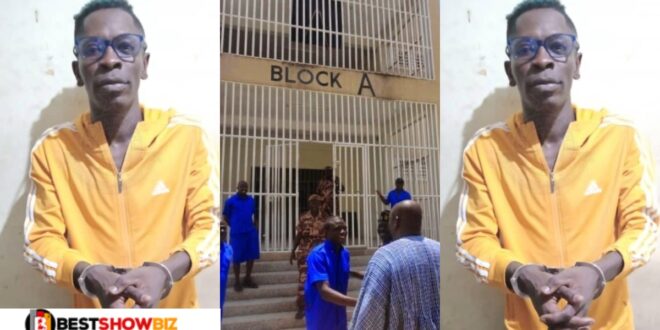 Shatta Wale, the self-acclaimed dancehall king, has spoken out about his arrest for the first time since his release from prison, speaking to JoyNews after the Creative Arts industry players met with the Inspector General of Police.

Shatta Wale claims he is unconcerned about being arrested because the IGP has come up with new ideas for dealing with issues in the country thanks to him.

He stated that he is pleased with his arrest because it has given him more fans.

Then there is Shatta Wale, who was recently arrested for impersonating being shot and pretending to be injured.

He and his three accomplices were apprehended and remanded in the Ankaful Minimum Prison for seven days.

He was back in court this week, and the judge ordered that his cell phones be released to him.