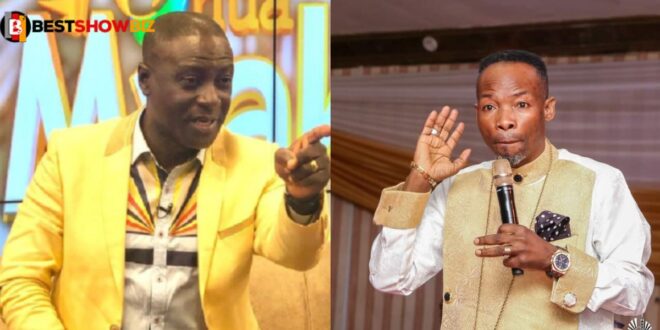 Captain Smart has slammed some so-called men of God. Most of them, he claims, are simply messing with people’s heads and depriving them of their livelihood.

He claims to have received numerous predictions, many of which are false. He questioned why a specific man of God known to be a member of the NPP declared a prophecy against him on December 31, 2020, and he is still alive.

“Only a prayerful thinker is blessed by God. Some of these God’s men are not really God’s men. Obofour is one of my closest friends, but I have warned him that if he makes a mistake, I would dismiss him. Can not you see how peaceful he is these days?

I was supposed to be shot 30 times by April this year, according to a prominent NPP prophet, yet look at me, am I not alive? His prophesies do not pique my attention.

Some of these prophets are merely attempting to fool the public. Count me out, Salifu Amoako, if you want numbers in your church. Remove your prophesies. Captain Smart declared, “I will not die.”

Captain Smart warned Ghanaians and Africans to be aware of so-called “men of God” who are incapable of self-defense.

He stated that there are many such men in Ghana who prey on the intelligence of unsuspecting citizens. Indeed, religion might be viewed as a fundamental impediment to Ghana’s progress. It instills fear and leads to regressive behavior.