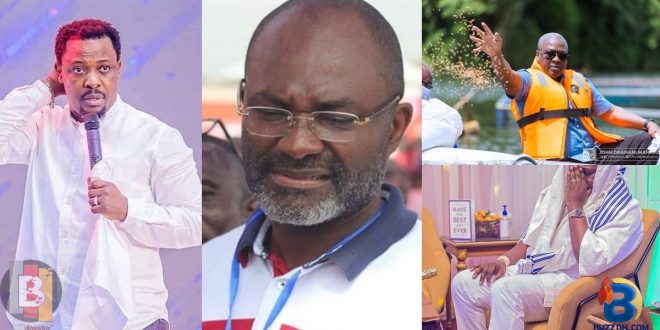 Hon. Kennedy Agyapong has alleged that the General Overseer of Prophetic Hill Chapel, Prophet Nigel Gaisie is secretly having an affair with the side chick of the Ex-President, John Dramani Mahama.

Taken to the set on Net 2 TV, Kennedy revealed that the lady by name Linda is the alleged side chick of former president Mahama and that Prophet Nigel Gaisie is aware of it but is still having an intimate relationship with the lady without Mahama’s knowledge.

He added that the girls around Mahama are the ones feeding Prophet Nigel Gaisie with all the information he uses as prophecies to gain faves from Mr. John Mahama.

Kennedy has yet started with his expose’ on his new target, Prophet Nigel Gaisie, sit tight as there are more to come.