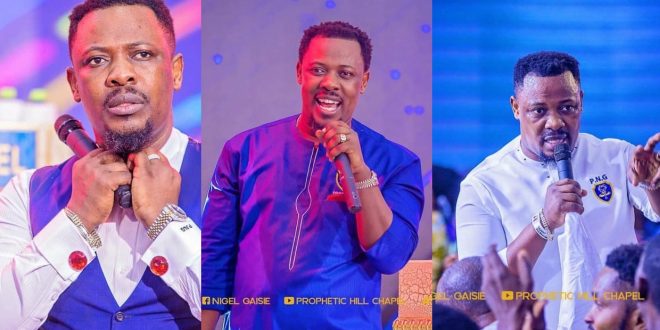 Prophet Nigel Gaisei has once again embarrassed himself in a recent video trending as he tries to force one of his church members to accept his fake prophecy.

In the video, Nigel claimed his church member’s ancestors originate from the Gas and some of them are trying to kill her in the spiritual world.

To his surprise, the member answered that she has got no family member to be Ga, however, Nigel insisted that one of her family is from the Ga Lineage because that’s what is revealed to him in the spiritual realm.

Reacting to the video, some social media users threw shots at him for still moving on with his fake things despite the backlash of Hon. Kennedy Agyapong.