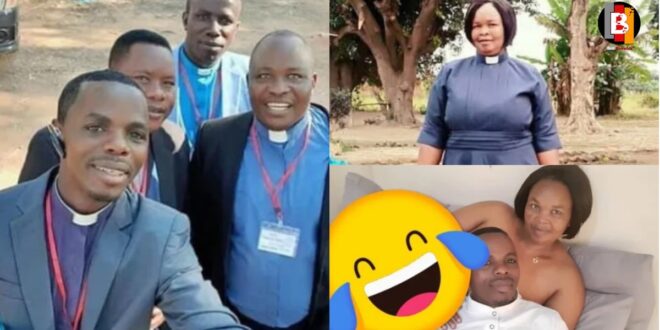 A popular pastor of a Baptist Church in Malawi is currently at the mercy of social media trolls as they are questioning and lambasting him after he was caught in bed with his assistant female pastor.

The man of God who has been identified as Godwin Maere, unfortunately, had a photo he took with his assistant female pastor – who was naked – leaked and it is the genesis of his fate in the hands of social media trolls.

In the photos, Godwin who was fully clothed was seen with his head on the chest of his [email protected] assistant with smiles on their faces. After the photo was [email protected] by someone God knows, some of his congregation quickly tagged the man of God on social media to expose his true identity.

Meanwhile, it hasn’t been established yet if any of them are married and that they were cheating on their partners.

See the photos below;