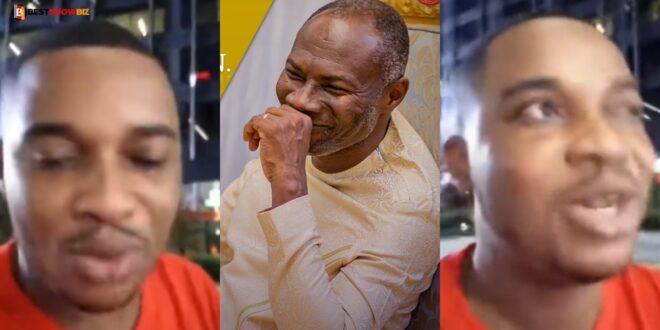 Twene Jonas, a Ghanaian vlogger and activist located in the United States, has attacked Ghanaian Prophet Emmanuel Badu Kobi for failing to predict the Euro 2020 finals.

Prophet Emmanuel Badu Kobi, the founder, and leader of the Glorious Wave International Church predicted that England would win the Euro 2020 finals and carry the trophy home as planned.

That is what God informed him about the contest, he said. He went on to say that his prophecy will prove that he is a true man of God and that he will continue to express God’s mind about his people.

However, Prophet Emmanuel Badu Kobi’s prediction did not come true, as England was defeated in penalties by Italy yesterday night.

After 90 minutes, the match ended in a stalemate, thus they went for another 30 minutes of extra time. Even yet, neither of the two clubs would be able to win the game. However, England was defeated by Italy by a goal after a penalty shootout.