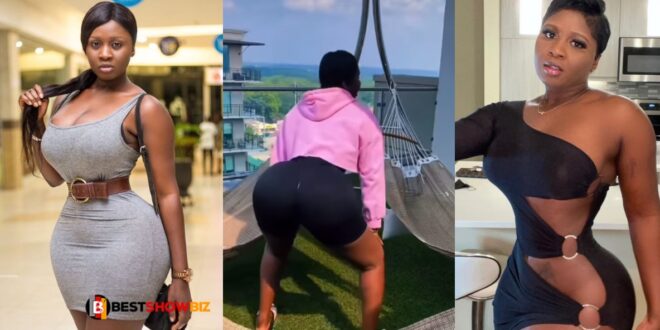 Princess Shyngle reveals that she only wants to be friends with only gay men.

Princess Shyngle, a Ghanaian-based Gambian actress, has said that she prefers the company of her homosexual friends over that of her straight ones.

Remember that the actress previously stated that she was bi3xual and that she had girlfriends in her previous relationships because she is also drawn to female s3x.

According to the actress, she has reached a stage in her life where she just wants to be with her homosexual friends, who keep her vibrant and engaged without passing judgment on her.

She wrote: “At this point in my life I think I only wanna have g*y friends.

I am sick and tired of y’all boring a$$, judgemental, hating a$$ straight mofos.

In a similar development, Princess Shyngle recently stated that any male above the age of 35 who is not married and has never been married but frequently switches women is bis3xual.

According to her story, a man may injure all females who enter his life since his soul mate is a man, and most guys who are constantly changing women are likely in love with a young man nearby and have resorted to using women to disguise it.

Explaining that the bulk of them are the reason there are so many single women because they use women as masks, breaking their hearts and wasting their time by pressing them to come out of their closets and start living their reality.

She captioned her image, “Any guy, I repeat, any man, who is doing well in life, is comfortable, and is in his forties or older but is not married or has never been married but is continually changing women every minute like trousers is a bisexual man who is in love with a young man someplace.”