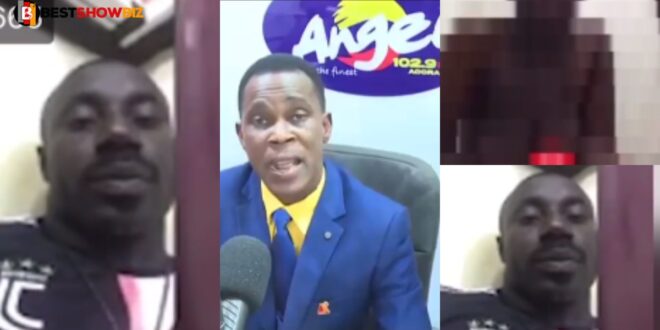 Prestea: Man sleeps with over 20 married women, records them, and uses the videos to blackmail them.

Controversy has engulfed the mining town of Prestea, which is located in Ghana’s Western Region.

This story involves a Ghanaian who lives in South Africa but has recently relocated to Prestea to further his nefarious goals.

Paa Agyei, a Ghanaian man, was able to entice 20 women into his bed and have sexual relations with them.

15 of the women caught in his web are legally married women who live in the Prestea municipality with their husbands, according to the reports

Kofi Agyei doesn’t just sleep with these ladies; he also videotapes every sex session he has with them, including video calls during which he forces some of them to take their dresses off before continuing.

Read Also  17 handsome men die in Accident after returning from a friend's wedding.

He then sends the films to the husbands of these women in an attempt to blackmail them into submission.

The videos have somehow made their way into the internet, wreaking havoc on the city of Prestea and its surroundings.