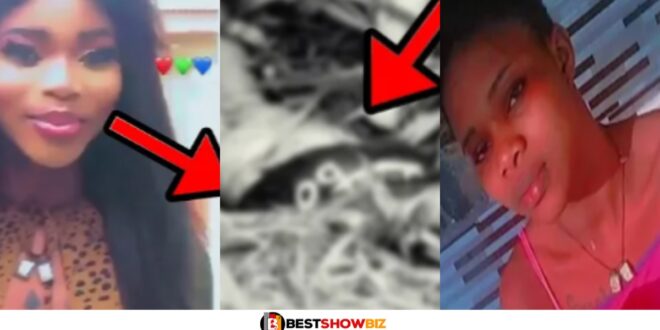 In Konongo, Ashanti Region, a lady who is three months pregnant has been discovered dead in a bush.

The 15-year-old girl was discovered dead with portions of her body removed by the alleged Sakawa boys. She was also pregnant.

A young man who walked to a bush near a school to relieve himself discovered the body and called the authorities, who rushed to the site.

The girl ,Safowah Christabel, had a stick in her mouth and was unclothed.

Considering the condition of her lifeless body, the town’s residents assumed she had been k!lled by Sakawa boys.

The day before she was discovered, according to local lore, three guys searched for her but were unsuccessful.

Read Also  Girl collᾶpsḝd after 10 rounds of s3kz with her boyfriend, she was the one who bought local medicine for the man

They thought the guys might have some knowledge about her passing.