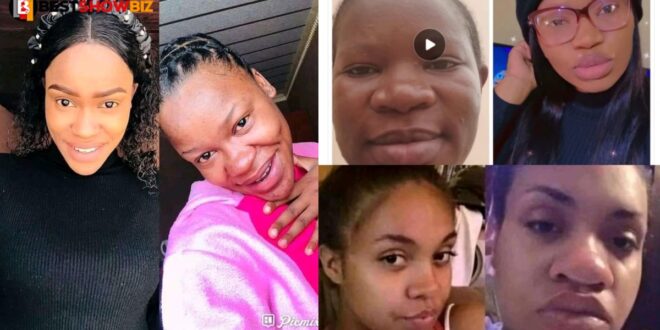 Pregnancy will humble you, see before and after pregnancy photos of these beautiful ladies

In order to fully parent your child, it takes a lot of money and time, which is why many parents plan everything ahead of time. Although the responsibilities are equal between the mother and the father, I believe the mother goes through the most during childbirth. Nine months with a baby in your belly is no joke, as your body changes, hormones shift, and morning sickness occasionally gets the best of you. So, before having a child, make sure you’re mentally, physically, and financially ready.

Many social media users were left in stitches after seeing how pregnant women change their appearance. A pregnancy glow is rare because many women don’t feel gorgeous when they are pregnant. Everyone is gaining weight and changing their appearance. Many people couldn’t stop laughing after seeing these photographs, since these females seem so different in the before and after pictures. This has helped people realize that being pregnant is a big deal, especially for women. Nobody wants to be unattractive for nine months, yet some women are willing to give up their beauty to bring a child into the world. It’s time women were honored for all they do during pregnancy, childbirth, and the first few days as a mother. Both motherhood and fitness are important to them because their bodies change dramatically during and after birth.

See pictures and tweets below: