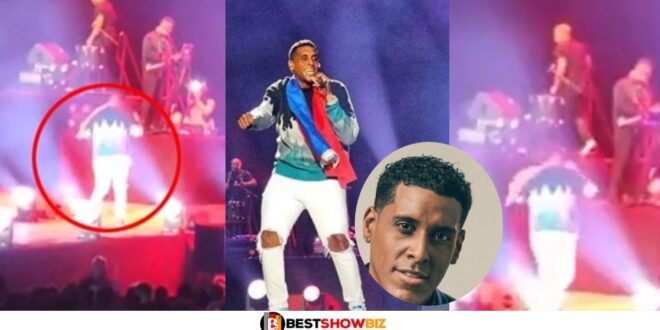 On Sunday, people in Haiti paid tribute to the late musician Mikaben, whose unexpected death the night before at a concert in Paris sent his home country into a state of shock.

Fans were shocked when they saw the recording artist, whose real name is Michael Benjamin and who is 41 years old, collapsed as he was making his way off stage on Saturday. He is suspected to have suffered a heart attack during the performance.

As a guest of the Haitian band Carimi, he was performing at the Accor Arena in the east of Paris, which has a capacity of 20,000 people.

According to an announcement made by the venue on Twitter, he “passed away after suffering a seizure on stage and despite the efforts of emergency services.”

Videos of him performing can be found on social media platforms, and they show him abruptly turning around and making his way toward the back of the stage.

After he passed out in plain sight of the audience, the musicians had to stop playing and someone had to call an ambulance.

After his passing, people from all over Haiti began to pay tribute to him by playing his music over and over again on the radio and in venues starting on Saturday night.

“We have lost a major figure in Haitian music.”

Haiti-born rapper Wyclef Jean, of the hip-hop group the Fugees, called him “one of the most influential and inspirational young artists of our generation” in an interview with The Miami Herald newspaper.

“Rest in peace,” he wrote in a tribute on Twitter, with a video showing him with Mikaben. “Gone too soon.”

Former Haitian premier Jean Henry Ceant echoed the praise, hailing Mikaben as “one of the most talented artists of his generation” on Twitter.

In a special broadcast by Magik9 radio, singer Tamara Suffren said his death was “a blow to the country” – a state mired in spiraling security and health crises.

Mikaben Benjamin was born in the Haitian capital of Port-au-Prince in 1981. He was well-known in the local music scene as a singer, writer, and producer. Mikaben’s father, Lionel Benjamin, was a famous singer in his own right.

Read Also  "Continue dating fraud boys with cars, we will continue to use you for rituals"- Fraud Boy advises ladies

He made appearances in a number of hit songs by Carimi, including and.

On Saturday, before the concert, he smiled and thanked his supporters in an Instagram video that he posted from inside the Accor Arena. He has more than one million people following him on Instagram.

“I’m in no condition to talk. I lost my other half and have no words,” she wrote.