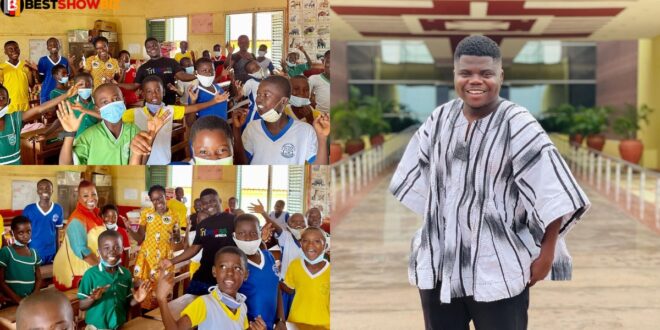 Berthold Winkler, also known as Wode Maya on YouTube, has performed a remarkable act of generosity by contributing $10,000 to cover the school expenditures of 100 children.

He said in the video that he was inspired by the tale of an African-American woman who went to Kumasi, Ghana, to assist put less-privileged children in school and that after hearing her story, he chose to be a part of the change.

Wode Maya revealed that this gesture of support for the children is more than just a contribution; it is something near to his heart.

He said that he was once like them since there were times when he did not have a school uniform or food to eat and that his school outfit had to be provided to him by a friend.

This was the second such grant, following a $10,000 payment to a guy in Kwahu who converted a waste dump into a lovely park.

Inspired by his narrative, he raised money from his over 800,000 YouTube fans to help the guy continue to construct the park.