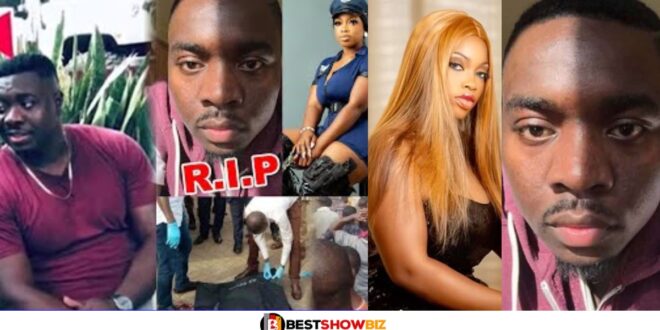 More information about the troubled 23-year-old University of Ghana Level 100 student who is accused of fatally stabbing her Canadian-Ghanaian lover, Frank Kofi Osei, has come to light.

Safinatu Mohammed Adizatu, a Technical Officer, is accused of helping another person, Michael Fiifi Ampofo Arku, perpetrate the crime at her Ashaley Botwe School Junction home, according to the police.

After paying a visit to Safina and deciding to stay the night, the victim was repeatedly stabbed in the chin, jaw, and back before being strangled to death.

The police said that after visiting the crime site that Safina and her accomplice could not have killed the victim by themselves due to the deceased’s physical characteristics suggesting there may have been other persons involved in the murder.

Police investigations also showed that Frank resisted his assailants, forcing them to use a dog chain to restrain him before they could murder him.

The case has taken on a fresh turn as the name of a well-known Ghanaian preacher (name withheld) has surfaced.

Contrary to early allegations that Frank rented the flat for Safina, it has come to light that a well-known Ghanaian preacher who was supposedly dating the suspect and was the one who rented the apartment for her.

Ama Brako Ampofo, a journalist and court correspondent, said that the pastor dispatched men to Safina’s home, where they discovered Frank that evening. As the investigation develops, more information about what transpired in the house later will become available.

Read Also  Wife of Canadian Borga who was k!lled by his side chick speaks for the first time in new video

The man of God and his soldiers have not yet been apprehended.