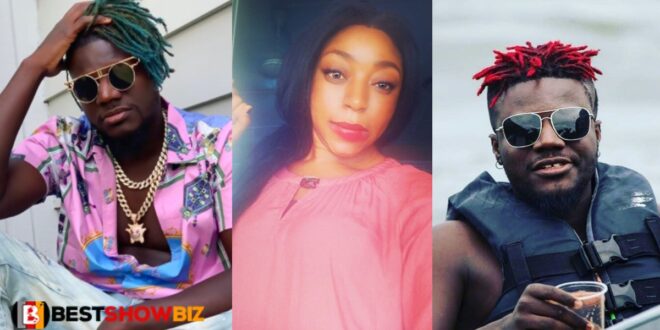 “Pope Skinny has decided not to take care of me and his daughter”- Baby Mama Speaks.

Pope Skinny, a Ghanaian celebrity, has been chastised by a woman for reportedly refusing to accept responsibility for his conduct.

Pope Skinny has been chastised by Anita Baker for his deliberate failure to care for their daughter.

According to claims by his baby mama, she can not endure Pope Skinny’s silent attitude toward their daughter anymore.

She went on to say that Pope Skinny has refused to do his job as a father and has also blocked her.

It has strengthened her for the upcoming struggle, as she prepares to smear his well-earned reputation.