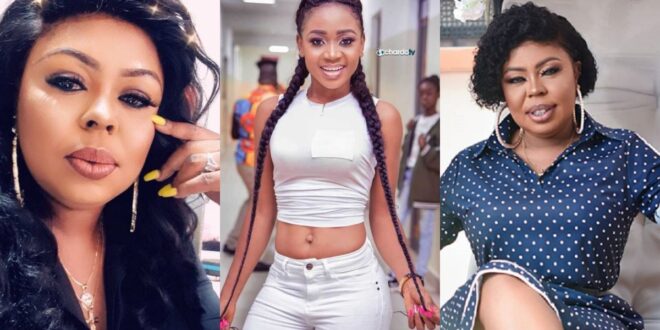 Afia Schwar should hang her head in shame because her fantasy of seeing Akuapem Poloo’s in jail did not come true.

During the detention and conviction of Akuapem Poloo, Afia Schwarzenegger was one of the most satisfied people.

She made several videos every day in which she mocked Poloo and also criticized those who called for her freedom.

Following Akuapem Poloo’s release on parole, Chameleon Afia Schwar has released a new video in which she blasts the head of the Child Rights Organization for asking Akuapem Poloo to deposit Ghc200,000 into his son’s account in order for her complaint to be withdrawn in court.

Read Also  Meet Samuel Asante, the JHS2 boy who has made an electric incubator that hatches chicks - Photos

Afia Schwar also said in the new video that Akuapem Poloo is a very disrespectful and proud girl, and that this is why all of the important people she knew abandoned her when she needed them the most.

She also said that Akuapem Poloo’s godmother, who goes by the online handle “Thosecalledcelebs,” blocked her after word of her conviction spread.

To learn more, please view the video below…