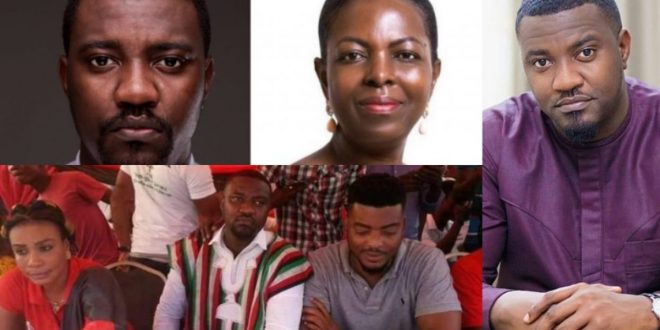 Popular Ghanaian actor turned politician, John Dumelo who contested for MP at Ayawaso West Wuogon constituency has been lashed out by Netizens who believe he has lost the elections to Maa Lydia.

according to social media users, the actor believed so much in himself that he will win this election because he is already famous which was so wrong.

These thoughts and trolls come after results coming from other polling stations prove John Dumelo has lost the elections to his opponent, Maa Lydia.

meanwhile, the Electoral Commissioner can only pronounce the winner of the elections hence we are all waiting up.

@Essel wrote: just see Dumelo then some three macho men for the atomic junction there, I beg if you know you receive the laptop some go hide Coss the guy no dey smile, I greet am saf he no mind me

@Katalyst wrote: After what has happened to Dumelo nu you still believe politics is about popularity lol ….herh Maa Lydia be hard pass