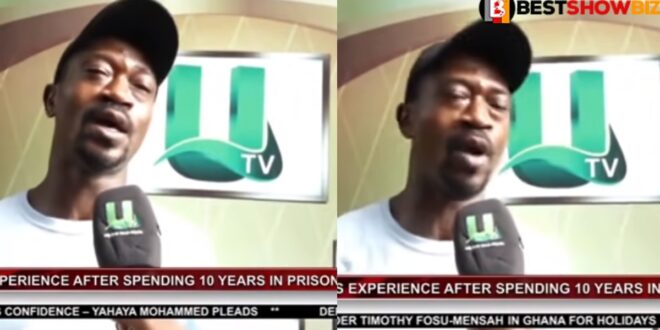 An ex convict who was arrested for drug dealing and was sentenced to 10 years in prison, has revealed the dark side of prison that no one knows about in an interview with UTV Ghana.

During the interview, the young man narrated that Gayism was on the rise in the prisons and that the prison officers are aware of it.

He said in prison they use phones and there are people there who even sell sim cards, scamming people outside the prison was common practice as most prisoners in prison are involved in the MOMO fraud that is on the rise today.

He went on to mention names of police officers who use them to sell weed and cigarettes’ to other prisoners for profit.