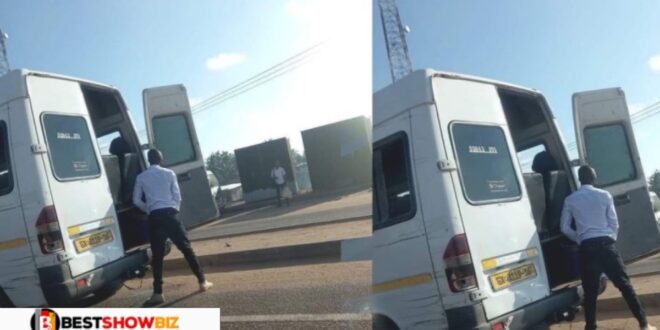 The Trotro driver who was caught on camera urinating in the middle of the road has been arrested by the Ghana Police Service.

In a viral photo, the driver of a commercial vehicle with the registration number GX 31119 -16 was seen urinating on the road.

He packed his car to urinate while transporting passengers in the middle of the road.

The Trotro driver has been apprehended by the police and is being held in custody.

Richmond Tetteh, according to the police, is the driver’s name.