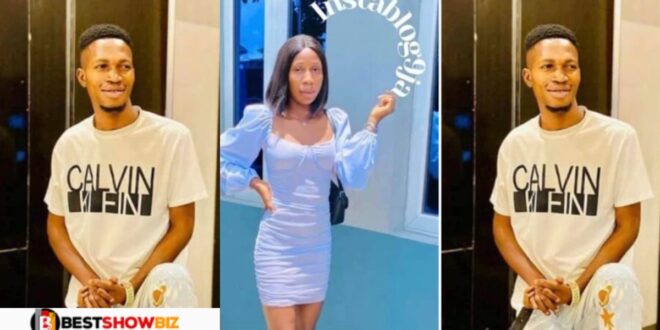 Police arrest a lady for [email protected]!ng her boyfriend after taking his phone and going to WhatsApp

A lady is in trouble with the police after stabbing her lover in the chest seconds after discovering his ‘compromising’ communications with another woman on WhatsApp. The woman was arrested and charged with attempted murder.

In an interview with the police, Daniel described his situation as follows: “I was sleeping when she searched through my phone. She accessed my WhatsApp and read the conversation I was having with another female. Then she started to st*b my right hand with a knife, which she had brought with her.

I awoke with a start and immediately called for assistance to prevent things from becoming worse. My neighbors rushed to my aid and saved me. The police were summoned and hauled her away to B division in Asaba for questioning. “I consider myself fortunate to be alive,” he remarked.