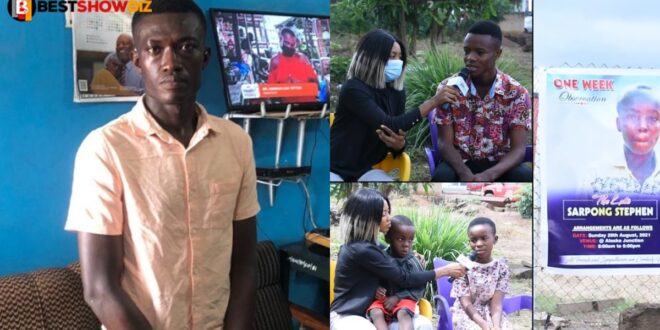 “Please sentence him to deáth for k!lling and cutting my big brother to pieces”- Little sister of a victim of abesim murder speaks

Stephen Sarpong’s younger siblings have demanded justice for their brother.

Pinax TV visited the victim’s family and spoke with his younger siblings.

Eunice Sarpong, his younger sister, said she missed her brother, with whom she used to fight.

When she meets Stephen Sarpong’s killer, the young girl says she will ask him what his family did to him to justify the killing.

Richard Appiah deserves the death penalty or life in prison, the kid said.