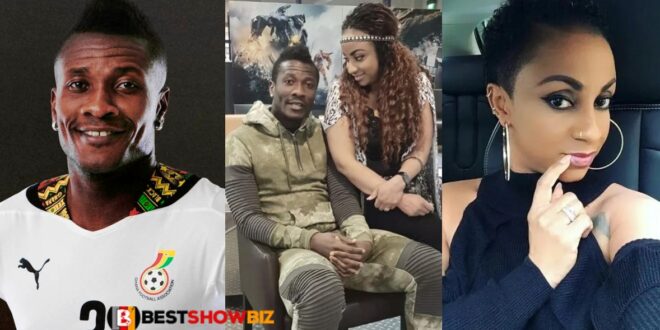 Gifty, Asamoah Gyan’s estranged wife, cautioned a fan not to cause trouble when they referred to her as Mrs. Gyan.

Due to the fact that she is presently separated from Asamoah, it appears that she has moved on from that moniker.

Gifty Gyan created quite a stir on social media when she shared a provocative photo on her Facebook. ​

She was riding in a vehicle in the photograph, a black automobile, and she was dressed entirely in black. Fans reacted positively to the shot, showering her with compliments on how she appeared to be so stunning.

One individual, however, went too far in praising her by referring to her as “Mrs. Gyan” in the comments section after stepping into the conversation.

According to Mrs. Gyan, Asamoah Gyan, who practically labeled his wife a wh*re and demanded that she test the paternity of their three children, is the last person whose name she wants to hear by being addressed as his “Mrs.”

Take a look at their conversation below…