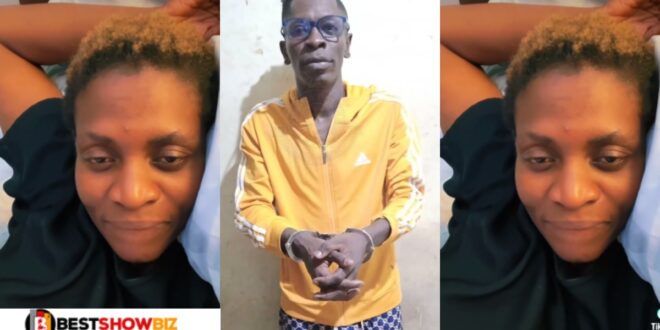 Although we have yet to hear anything official from Stonebwoy’s social media handles after Shatta Wale’s incarceration, his number one supporter Ayisha Modi has revealed her thoughts on the aforementioned matter.

The popular Ghanaian socialite and music executive stated that despite Ghana’s many problems, the police found time to engage in trivialities. She fiercely demanded Wale’s quick release, claiming that he is not a criminal who should be imprisoned for another week in connection with his bogus gun attack prosecution.

She also reminded the Ghana Police Service that the murders of Ahmed Suale, Fennec Okyere, and JB Danquah have yet to be traced, despite the fact that the police are preoccupied with a non-issue.

She also remarked that persons like Nana Agradaa, now known as Evg. Mama Pat, had continuously misled people and hired thugs to beat people up, but when she was caught, she was not punished the same way Shatta Wale, one of Ghana’s most powerful figures, is being treated.

“This hypocrisy should stop, we live in a country where people are murdered and the killers will be walking freely, how far with Ahmed sule killers??

Have we found kwaw kese manager fennec Okyere’s killer and that of JB Danquah?? They don’t even talk about it because of their corrupted minds. Nana Agradaa was duping people and sending thugs to Beat them but she wasn’t treated like this when arrested. Ghana leaders should rise and focus on serious issues that need instant judgments.

Even if what shatta wale did was wrong he is not supposed to be treated like a criminal. They should arrest Government officials who collect bribes and those ministers who use Tax payers money to build houses and travel their girlfriends to Dubai just to have a body surgery. This is a shame and embarrassing, At first i wasn’t happy with Twene Jonas when he insult the leaders but I now support it. Let’s call a spade a spade. We should change our mindsets and stand for the truth Always.

New IGP Ayekoo for doing your work but if you are ready to work we have serious crimes committed and the culprits are walking freely get those people. Posted by Ayisha Modi Shatta wale has done alot for Ghana we should praise him rather that painting a bad image of him. Free the innocent soul let him continue his music. Selective arrest boi.

Read Also  "You told me you never loved your wife, the mouth you used to lick me you used to kiss your wife"- Abena Korkor blast Nkonkonsah
Share