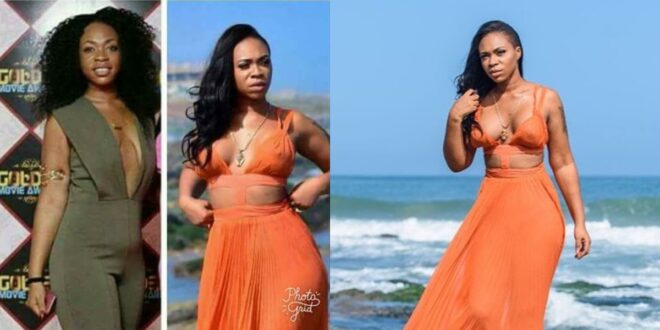 Shatta Michy’s formerly falling breasts have reportedly been filled to make them full, according to rumors circulating on social media.

Michy made headlines a while back after a pic of her flailing breast surfaced on social media.

Michy was widely trolled, and she reappeared with a fresh set of breasts after a while.

Shatta Michy, according to a story circulating on social media, underwent surgery to get her breasts filled to her liking.

Take a look at the before and after photos below.