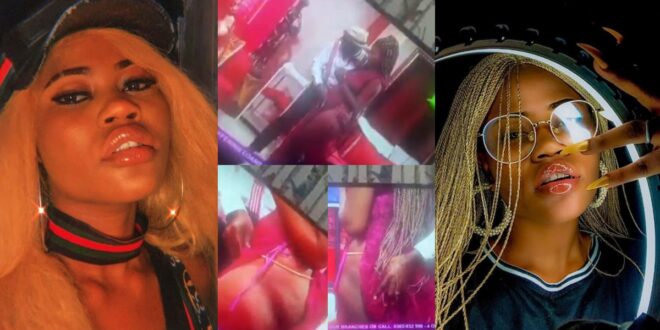 Last week, UTV was trending due to a crazy scene in a s*x show in which Counsellor Lutterodt fondled a slay queen on live television.

On live television, wild scenes from the show went viral, showing Lutterodt fngering the woman, fondling her breasts, and doing everything but sticking his pnis in her hole under the pretext of s*x education.

On live television, a disgusting and disgraceful occurrence with a slay queen who was also mourning at one point.

This is the depths to which people must stoop in order to achieve glory in Ghana.

Take a look at some of her snaps…