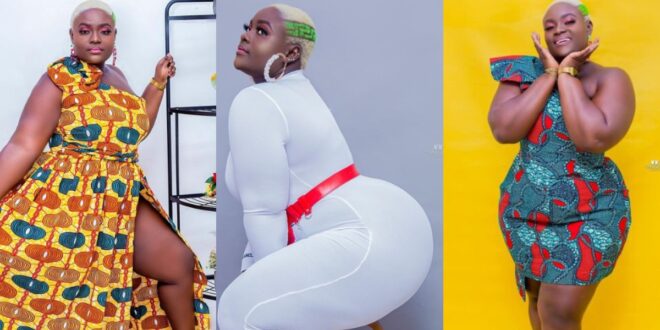 Pictures of Ama Tundra, the lady who have been appearing in Ras nene Skits (photos)

In a comedy skit with Dr. Likee, Ama Tundra, a young Kumasi star, has been warming the hearts of Ghanaians with her acting talents and bootylicious body image.

Thanks to Kumawood star Ras Nene, also known as Dr Likee, the stunning actress has made a name for herself. Ama Tundra has appeared in the majority of Dr. Likee’s comedy skits.

Dr. Likee has been trying his hardest to capture Ama Tundra’s heart with false vibes in most of the skits. Here are few photos of her.