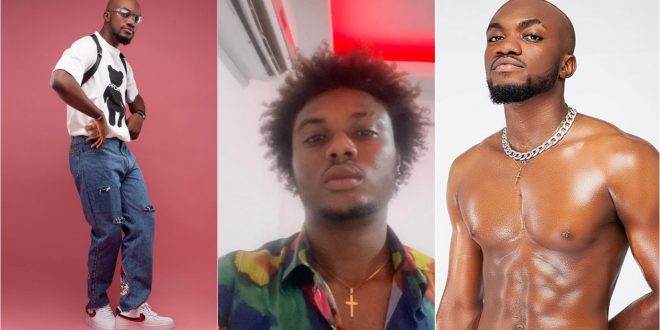 Picture of the guy that reported Mr.Drew’s eat song to Rotimi surfaces online.

few days ago, we reported that mr.Drew’ s song which featured stonebwoy “Eat” has been pulled down by YouTube for copyright issues.

It appears mr. Drew took the rythm and beat of one Rotimi for the song.

A Ghanaian actually reported the song to Rotimi.

In a viral video, the guy was heard sending a recorded message to Rotimi saying someone in Ghana has stolen his song and even sent the YouTube link to him to take the video down.

The identity of the guy has been uncovered and his picture has began to trend online.

His name on social media is Enamy, and uses the handle Enamy_official.

See his picture Below