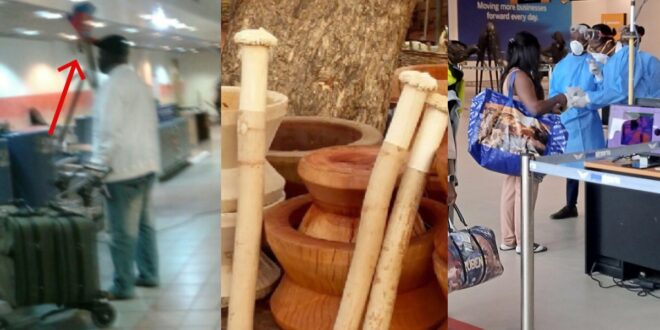 A Ghanaian tried to travel abroad with a fufu pestle, also known as a ‘woma’ in the Twi language, which is used to pound fufu.

On Monday evening, a man checked into the Kotoka International Airport and brought the fufu pestle with him.

In the man’s account, he was told that he could sit on the plane with only 12kg of hand luggage.

He weighed the fufu pestle at home before leaving for the airport, and it weighed less than 12 kg, which is why he was carrying it as hand luggage on the plane.

The man insisted on sliding it under the seat when the airport staff told him he could not sit on the plane with it.