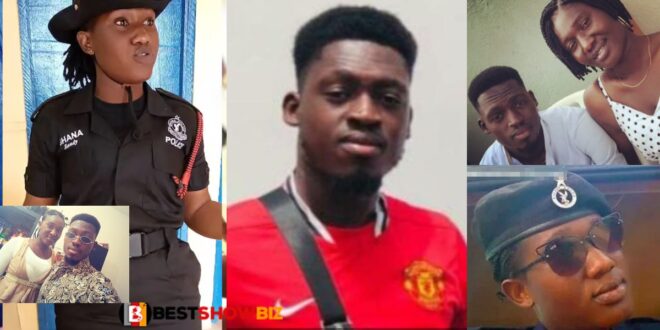 The boyfriend who is suspected to be the murderer of police officer Sandra Asiedu has finally been identified.

As we reported earlier, on Monday, August 2, 2021, Sandra Asiedu, a general constable in the Savannah Region’s West Gonja District, was discovered dead at her home.

According to reports, Sandra’s boyfriend was suspected of stabbing her to death, making him the primary suspect.

The said boyfriend is said to be identified as Evans, who is a goalkeeper. He is currently wanted by the police as he is on the run.

Photos of the young man have appeared on social media as a result of the claims.