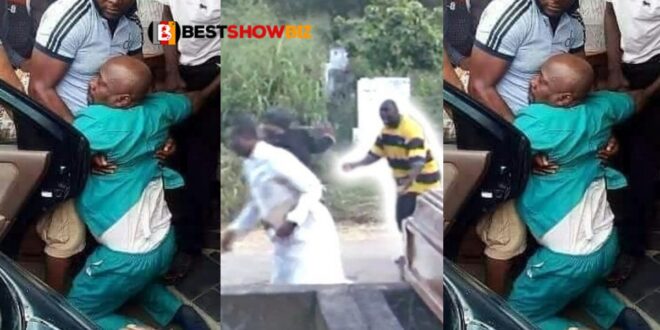 On the 27th of June 2018, he flew to Lagos to pay a visit to a former colleague while in Aba, Abia state and was parading around Oshodi when he came upon his wife, who had died two years earlier at his house.

He said that his wife died in a car accident two years ago, and that he had completed her burial, but that he was surprised to find her with a man who was transporting her on his motorcycle.

‘I hesitated at first until I mustered the confidence to call her by her name, and as she turned to see me, she vanished’.

According to sources, the man who was carrying her on his bike fainted twice before being resuscitated and narrated his own story, claiming that he had lived with her for 8 months and that she had moved in with him after they met in a church and he made advances towards her, and that he had begged to marry her.

She said she was working alone in Lagos and that she was from Ebonyi state. I have asked to see her people several times, but she has always denied it, claiming that her people are terrible.