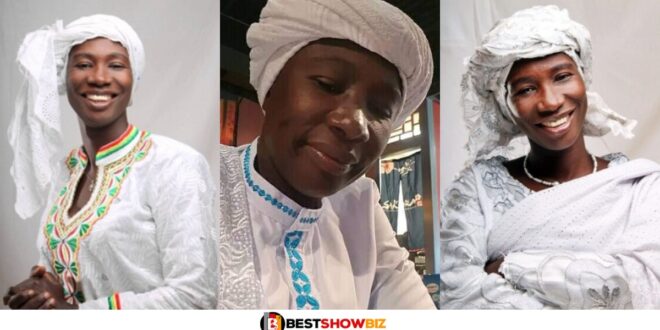 “People used ‘whashawasey’ to laugh at me, but God used it to uplift me.”- Cecilia Marfo

When individuals started making Whashawasay trolling remarks about her on social media, Cecelia Marfo feared they were meant to hurt her. However, God has now used them to help her.

People started criticizing her on social media for not being able to speak excellent English after her praise song became viral, and she felt terrible about it right away.

With her fears, following the virality of the ‘Whashawasay’ video, Cecelia Marfo revealed that she sought out God’s face once again, but He assured her that it was all for her good, and she has actually experienced joy as a result.

“I almost cried because when I saw the video, I thought it was negative publicity,” Cecilia Marfo said in an interveiw. “I said God is this where they’ve sent me to? But God said I should be calm.

“The trend was an even bigger trend which I did not know about. It was as a result of my prayer that this happened to me”.

“A lot has happened to me and God said he is using this to make me happy and smile again. It hasn’t been easy but this has made me smile after the storm. When the song is sung, I become happy, I see the videos and it brings joy to me. I have recorded this song for two years but it’s now that it has become a hit,” She added.

Read Also  "Giving your fans credit to vote for you to win awards is useless"- Kofi Kinaata.
Share