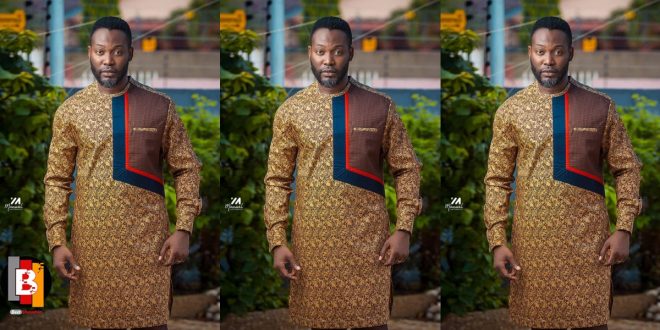 Popular Ghanaian actor Adjetey Anang widely known as Pusher has revealed the experience he went through after playing the ‘Pusher’ role.

speaking in an interview with Stacy Amoateng, the actor revealed that the ‘Pusher’ role he played in “THINGS WE DO FOR LOVE” has made people think he is a womanizer.

“I go to church for example and somebody is like ‘oh, you also come to church?’ And they say it without thinking; they catch themselves and later they’re like ‘eh, I shouldn’t have said that’” says the actor who relishes the moment. They don’t expect a character like that to come to church”.

Adjetey Anang further recounted how he got the ‘Pusher’ as he says he got it from some three inspirational people.

Pusher for me was a combination of three characters. There was this mate in school who had a walk similar to Pusher but I exaggerated it. And then there was this guy who watches a movie and you dare not let him tell you about the movie because he tells you from the soundtrack to the end; he’s very dramatic. And then of course this other guy who would talk and melt your heart. So guided by Ivan Quashigah and the writer, we brought this character to life.”

It was definitely a platform that gave me that life. Previously, we were doing Thursday Theatre on TV but Pusher just exploded. It was something I was unprepared for… It brought some pressure to really make sure I keep getting better. It meant working harder…”