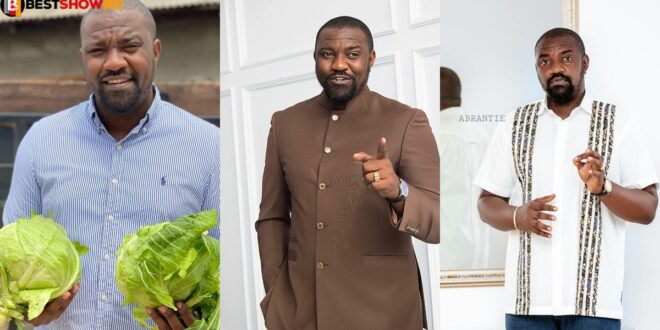 Popular John Dumelo, a Ghanaian actor and politician, has urged people to be wary of individuals who claim to care since many of them are covert enemies who wish to mock you.

Many celebrities have been criticized on social media as a result of Dumelo’s submission. In the last few months, we’ve seen similar scenes at the country.

Akuapem Poloo, Moesha Boduong, Efia Odo, and, most recently, actress Beverly Afaglo, have all been in a scenario where their “friends and sympathizers” have reacted.

Most of the people we observed come to the rescue of the aforementioned were people seeming to care in order to acquire more information about their condition so they could properly troll, according to John Dumelo

Read Also  (Break-up) It has ended in tears for the girl whose boyfriend gave her a car on her birthday.

The actor pleaded with his coworkers to stop acting concerned and instead exhibit genuine concern.