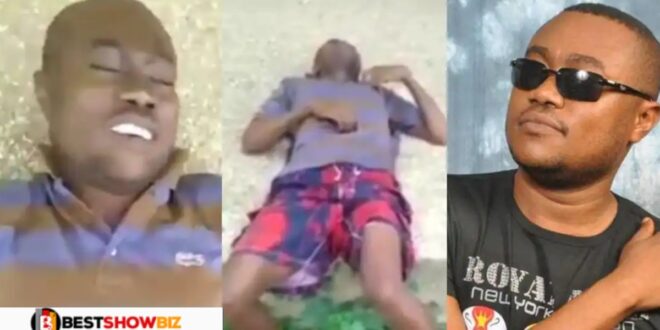 It was not long ago that footage of ace music producer Sugartone, who was lying helpless on the street while also drunk, went viral, prompting a slew of questions about the circumstances that led to such a precipitous decline from fame.

The good news is that Sugartone has finally joined the rumor mill. Sugartone told Onua FM’s Victor Kodom at his mother’s house that the unfortunate incident happened only once.

He also disclosed that the betrayal of some of the artists whose careers he helped shape drives him to drink.

He, on the other hand, is unconcerned about the internet’s viral video. He is focused on releasing his album.

“People booze in their respective houses, nobody talks about them. Is it because I am famous that made it a big deal? I am not even perturbed about it”.

“Yeah, I had too much alcohol that day, I admit. It does not give you the power to record me and put it out there. The funny thing is people were saying all kinds of things about me without verifying. You came to check on me, right? Do I look sick to you? I am alright. I am doing my own thing,” Sugartone commented.