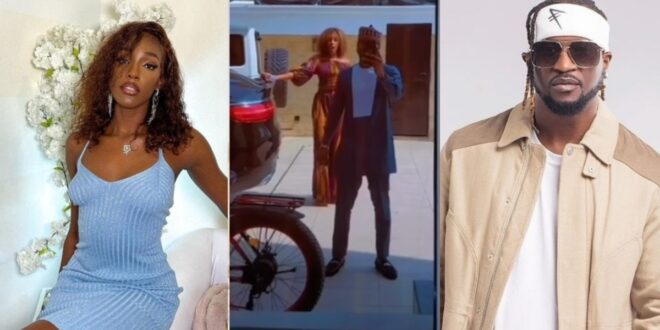 Paul Okoye, also known as Rudeboy, of the Psquare, made a stir when he posted a video of his new girlfriend to his verified Twitter page.

Rudeboy went public with his relationship with Ivy Ifeoma a year after he parted things with his ex-wife Anita Isama.

The member of the popular music duo wrote: “Ivy, My Ifeoma” next to a heart emoji to show how he felt about his girlfriend.

Recently, the award-winning artist shared a series of videos with his new lover, alluding to the fact that they are commemorating their one anniversary.

His apparently viral post has drawn the attention of fans, who have had mixed reactions to it.

The musician and his ex-wife were supposed to have three children together, but she eventually divorced him after he was accused of cheating on her.

His ex-wife and their children have reportedly moved to the United States.