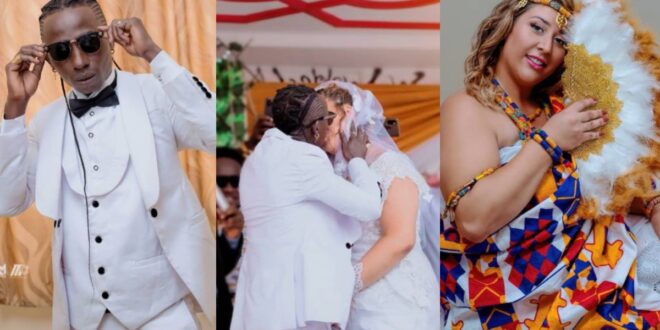 ‘Patapaa has a big D!ck but I didn’t marry him because of it’- Liha miller

The wife of patapaa, Miller Liha, has revealed in an interview why she agreed to marry the one corner hitmaker.

Speaking on Entertainment GH at NEAT Fm, she revealed that Patapaa is the man of her dreams and she married him out of love.

Liha revealed her mother and grandmother back in Germany love patapaa alot and has given her their consent.

The host of the show asked her what she had to say about a section of Ghanaians saying she married patapaa because he had huge manhood and was good in bed.

Liha reacted to the question laughing and revealed even though it is true patapaa is good in bed, that was not the reason why she chose him.

She said their love was natural and from the first time she saw patapaa, they connected emotionally, spiritually, and physically.