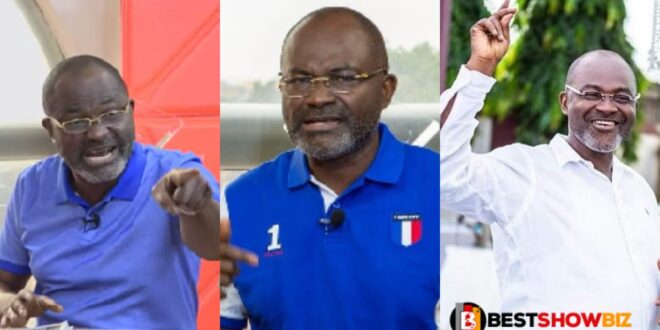 Honorable Kennedy Agyapong, Member of Parliament for Assin Central, is urging everyone who would listen that poverty is not a source of pride.

Regardless of what you have been told about money being evil, according to Kennedy, there is a need to make money.

Even the Holy Books, according to Kennedy, always advise us to make money. “A feast is made for laughter, wine makes life merry, and money is the answer to everything,” says Ecclesiastes 10:19.

He claims that money is the answer to everything in the world, so everyone should make some throughout their lifetime.

When people say that the possessions we gain on this planet are just vanity, Ken argues it is never true since, even if they are, money undoubtedly make the world go around.

A post shared by Africa ‘s No1 Hype Hub (@hype_masters)