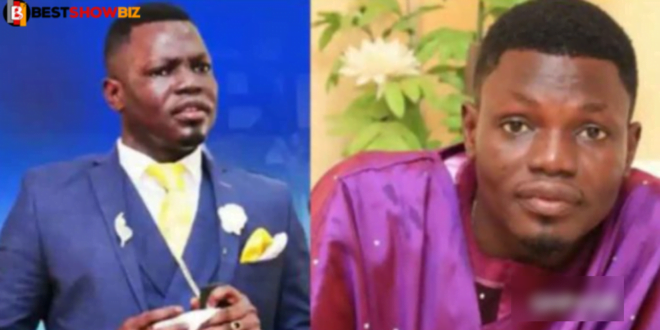 Jude Nana Kwame Sarpong, a well-known preacher in Takoradi, is said to have impregnated a church member’s wife.

After the news leaked, the founder and head of El Shaddai Outreach Ministry Church in Takoradi was found wanting.

Regina, the woman he impregnated, has since filed a lawsuit against Pastor Jude.

Regina was allegedly enticed into repeated sexual encounters by the clergyman, according to the claim report.

This was after he told her that she was spiritually married to her departed father and that unless she renounced her spiritual marriage, she would not be successful in any marriage.

Regina believed the prophecy to some extent because she had had two affairs with two separate men without marrying.

Pastor Jude carried out the prophecy by taking her through a series of spiritual rites, culminating in him sleeping with her as part of the deliverance process at a Kumasi hotel just one week before her wedding to her fiance.

She was ordered by the pastor not to allow her husband to sleep with her as part of the deliverance because it would effect him and her siblings, which she obeyed out of fear of losing her life.

She became pregnant after months of the adulterous relationship, and because she had never slept with her husband in all those time, her husband filed for divorce.