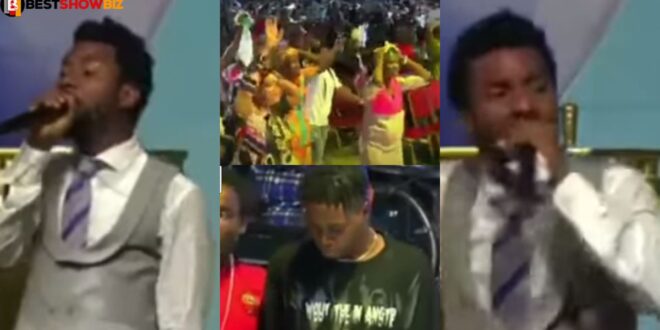 The internet is currently buzzing about a miraculous Nigerian pastor who conducted a “credit alert” miracle in his church, resulting in the congregation receiving large sums of money.

The pastor’s astounding miracle performance has many on social media wondering about how the church members received this money in their bank accounts, even though it was in a foreign currency.

The pastor, who is situated in Sepele, Delta State, is shown giving an intense prayer for his church members in a video that has gone viral on the internet.

The preacher prophesied that some of the church members will receive a credit alert from their banks on the spot while praying.

Some congregants claimed that they had been credited with money in their bank accounts a few seconds following the pastor’s prophecy, with one individual claiming to have received $5000.