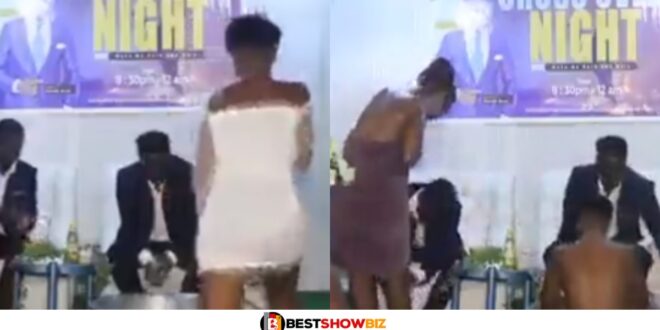 There has been an outpouring of reactions on social media after a video of a Ghanaian pastor bathing female members of his congregation on December 31st Watch Night went viral.

The unidentified Ghanaian pastor claims that he was spiritually commanded by God to bathe the ladies and cleanse them of all filth. The most fascinating aspect of the entire discussion was that it was broadcast live on the internet.

Many people have reacted to the video – as they expressed disgust toward the pastors’ actions. Meanwhile, where this particular action took place have not yet been identified

The video of an unidentified Ghanaian pastor bathing female members of his church during the crossover service on Friday has emerged. pic.twitter.com/4YwQqW8l7r

Read Also  Raymond Kwaku: Meet the Ghanaian Who Is The Strongest Soldier in Africa
Share