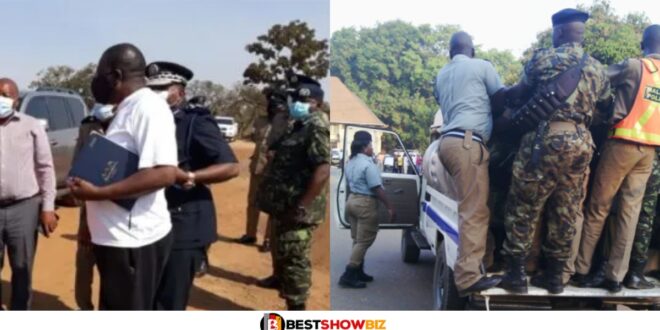 Pastor Arrested For F!ngẽring Two Sisters All In The Name Of Cleaning Them From Evil Spirits

On Sunday, August 21, 2022, police in Lilongwe arrested a 30-year-old pastor for touching and inserting his fingers into the private parts of two sisters in the name of purifying them from evil spirits at Maye in Nathenje.

Juma Njera of Come to Jesus Ministries in the area has been identified as the suspect.

According to reports, on Saturday, August 20, 2022, the suspect invited the victims, ages 24 and 17, to his home for special prayers after previously prophesying to them that they were possessed by demons in need of deliverance.

When the sisters arrived around 19:00 hours, they were first given so-called holy water to wash their faces in order for the demons to leave them.

Read Also  “Nobody can bring my career down” – Black Sherif  

The suspect then told the victims that the anointing water was ineffective because the girls’ evil spirits had entered them through their private parts, necessitating special deliverance by physically touching the affected areas.

The suspect then ordered the victims to take off their clothes and began inserting his fingers into the victim’s private parts one by one, claiming that this was the only way the demons could be defeated.

When he was finished, the suspect escorted the victim home because it was dark.

However, when the sisters returned home, they told their parents about their ordeal, and they were later taken to Nathenje Police Station to report the incident.

As a result, the suspect was apprehended and charged with two counts of indecent assault.

Read Also  Police discover a hotel where teenage girls were used as s3x slaves and prost!tutes

He is scheduled to appear in court soon to answer the charges.