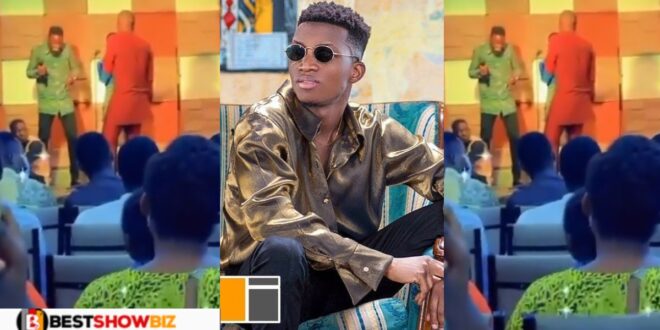 Kofi Kinaata has uploaded a video of a Pastor and his congregation performing his ‘Thy Grace’ song during a thanksgiving ceremony, which he wrote and composed.

The Pastor, who, according to Kofi Kinaata, had survived the plot against him that his opponents had devised, couldn’t help but express his gratitude to God through his song.

While he was singing with other singers from the pulpit, his congregation joined in with him as they sang in unison to express their gratitude to God for saving him from the fowler of his adversaries.

Read Also  "Fear women: If You Go To Work They Chop Your Wife, If You Don’t Go She Will Leave You" – Slay Queen reveals (Video)
Share