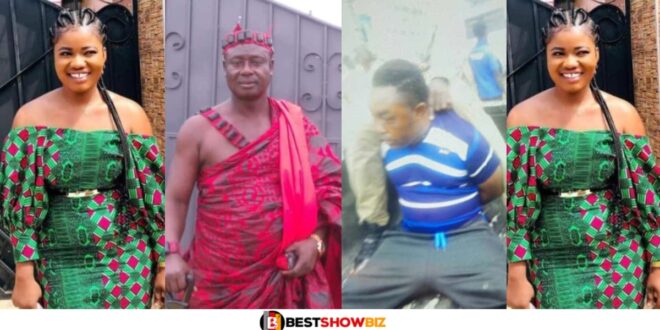 Pastor and chief who k!lled 25 years old nursing student reveals why they committed the crime (video)

The two suspects, a pastor, and a chief have admitted to killing Georgina Asor Botchwey, a 25-year-old woman who was planning to go to nursing school.

According to a report by TV3 Ghana, they told police that they committed the murder for money rituals.

After Georgina Asor Botchwey’s body was discovered buried in the room of the Tufohene of Ekumfi Akwakrom in Mankessim in the Central Region last Tuesday, the two convicted self-confessed killers were made public.

According to reports, they may have kidnapped her, had multiple sex encounters with her, and then killed her.

The chief, who went on the run but was later arrested, buried her in one of his chambers.