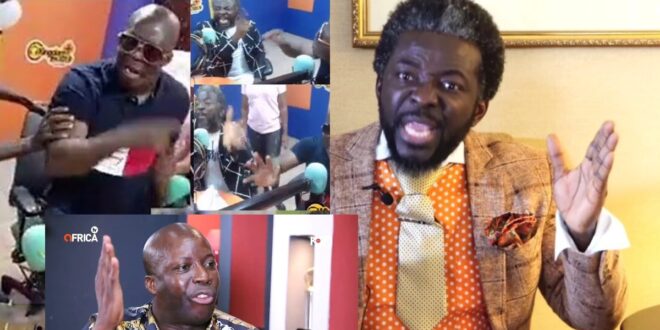 Papa Shee has criticized pastors in Ghana, saying that they do not do the job of God as they are expected to do. And as a result, he was chosen by God to redeem them from their cruel and false ways.

Prophet Kumchacha claimed in an interview with Fiifi Pratt on the Afro Joint Show on Kingdom Plus 101.9 Fm that while Papa Shee has the right to tag certain prophets as fake, it is needless to disclose their identities.

Papa Shee still had problems with this and claimed that every fake pastor should be called and shamed.