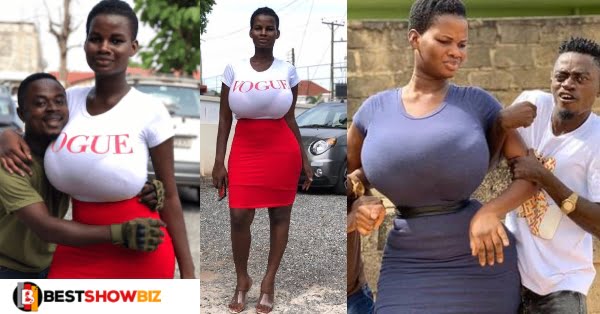 Recently, there hasn’t been much news about the infamous “breast gang” leader, Pamela Odame Watara, and she has released a new video on the internet to remind us that she is still alive and well within the halls of ‘famehouse.’

The actress, video vixen, and model is shown in a new video posted on her Instagram page unleashing a new dance technique while hurling her signature heavy nufuor in our direction.

The video has already elicited a variety of interesting responses, and it has eventually helped to keep her brand alive, which had been on the verge of disappearing.