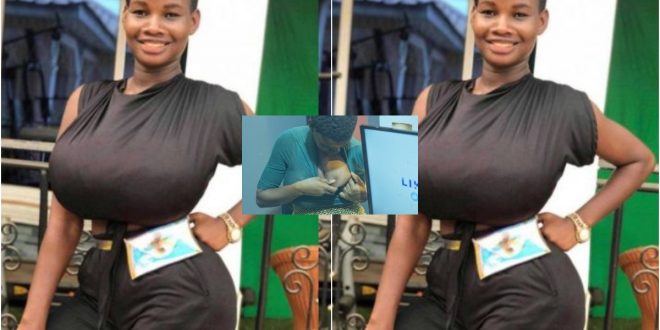 Popular Ghanaian actress with the heaviest chest in the industry Pamela Odame has shocked her fans after she appeared on a live interview with Kofi Adoma on Kofi TV, leading to her revealing a lot of stuff.

in the cause of the interview, the first day she showed her raw breast to someone the person was shocked and went back before coming forward to really observe it well.

she also revealed that she is being pestered by a lot of men and has slept with about 20 men, but she prefers old men because they give out money despite their inability to engage in sex, unlike the young men who torture in bed but yet gives noting.

In the course of the interview, she brought out her breast to tell her fans that its real