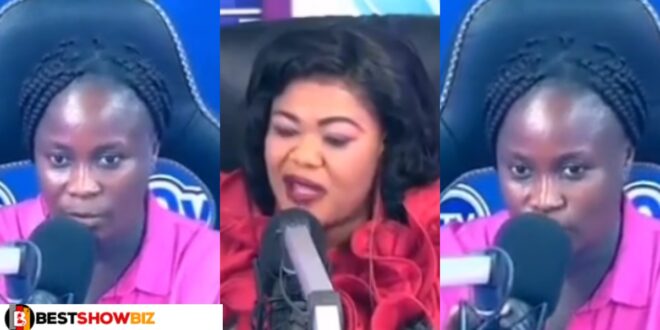 OyerapaShow: “My husband has been chopping the ᾶℵṳs of our two children”- Lady reveals (Video)

The woman who is devastated by his husband’s actions revealed that she began finding sperm in the anu$ of their first son when the baby was only a few months old, which made her very concerned about what could actually lead to the child having sperms coming from his backside.

According to the lady, she now has two children, both of whom have been sexually abused by her husband whenever he is left alone with the children.

The troubled woman went on to say that she one day heard her son crying only to discover that her husband had s3x with the small baby, causing all of the tissues in the baby’s backside to tear, causing the child to cry uncontrollably.