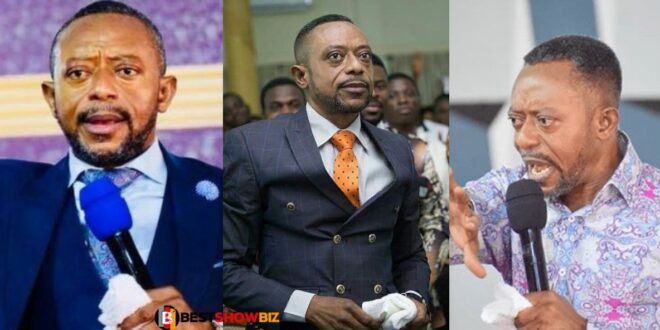 A self-proclaimed God’s messenger has allegedly conveyed a word from God to certain Ghanaian prophets.
The word was sent to the prophets in question via a video that the messenger released.

According to the messenger, God has sent him on an errand to convey a message to Prophet Owusu Bempah, just as God sent Isaiah to deliver messages in the biblical times.

According to the messenger, God told him that in the year 2022, there will be a death handling around the Prophet Owusu Bempah.

A post shared by HRM Queen Georgina👑 I 🇬🇧🇬🇭 (@afia.adomaa_blogs)